Appearance of ‘Nonpareil’ and ‘Yorizane’ kernels. 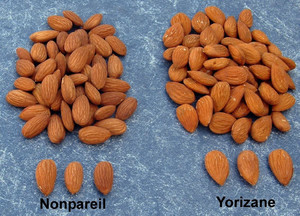 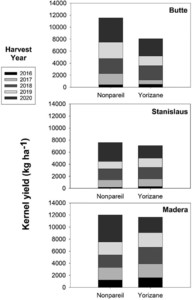