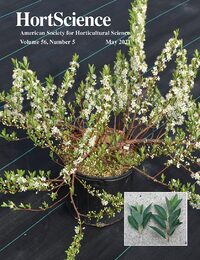 Comparison of the gas chromatography–mass spectrometry chromatograms for the control and treated Cercis chinensis endosperms.

Comparison of the gas chromatography–mass spectrometry chromatograms for the control and treated Cercis chinensis seedcoats.

Inhibitory effects of different concentrations of 1,2,3-benzenetriol (A) and abscisic acid (B) on cabbage seed radicle growth.

Quantitative changes to the endogenous inhibitors 1,2,3-benzenetriol (A) and abscisic acid (ABA) (B) in Cercis chinensis seeds at five stratification stages (0, 15, 30, 45, and 60 d) during dormancy release. Data are presented as the mean ± se of three replicates. Different letters above bars indicate significant differences at P ≤ 0.05 as determined by Duncan’s multiple range test. 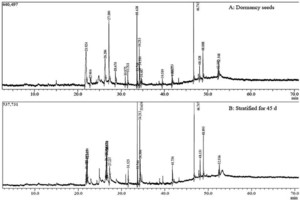 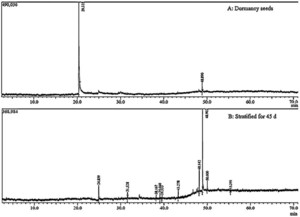