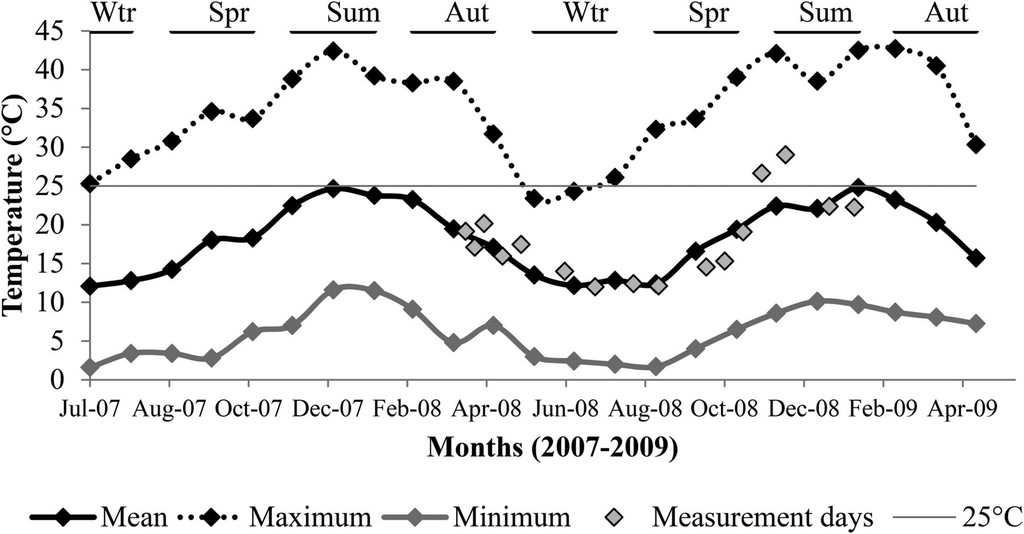 Monthly mean, maximum and minimum temperatures (°C) from July 2007 to May 2009, and mean temperatures of the days on which gas exchange measurements were performed on 6-year-old Protea ‘Pink Ice’ shoots. Data were obtained from the Agricultural Research Council weather station at Koperfontein, 10 km from the experimental site at Arnelia Farms. The maximum and minimum temperature value was recorded per month, whereas the mean temperature is the calculated mean monthly temperature using mean daily temperatures. The line inserted at 25 °C enables a temperature comparison between the respective years. The seasons of the Southern Hemisphere is indicated with Wtr = winter; Spr = spring; Sum = summer; Aut = autumn. 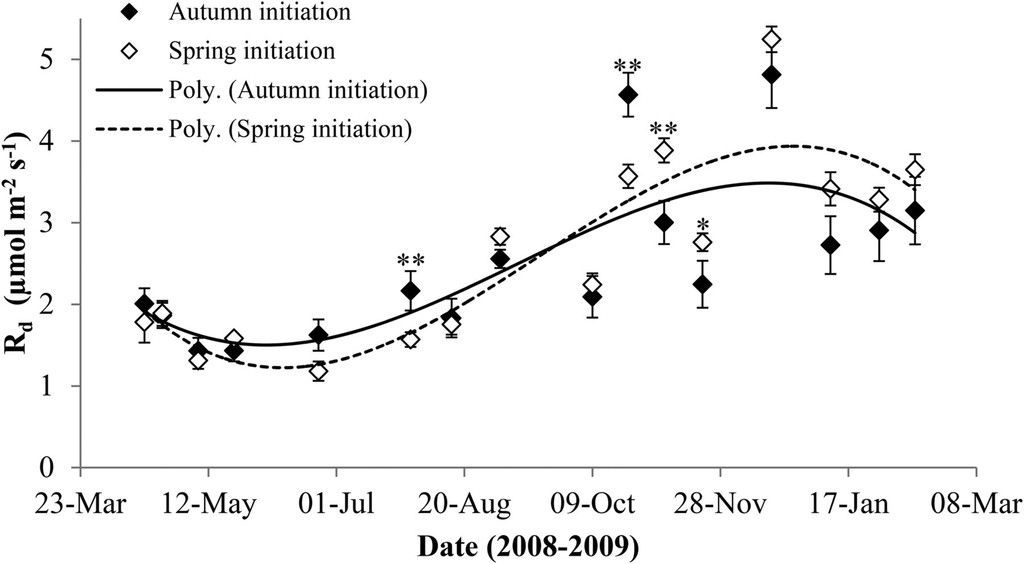 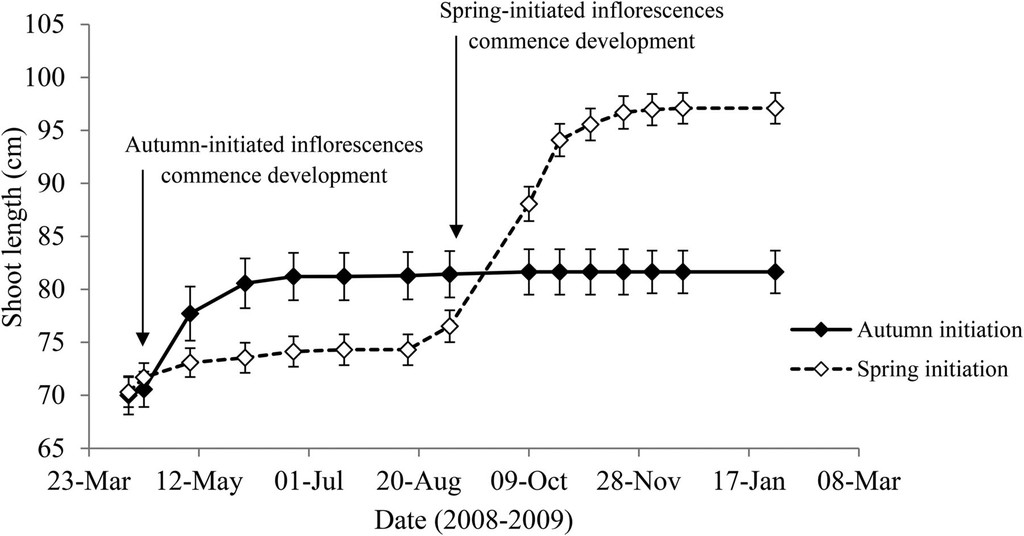 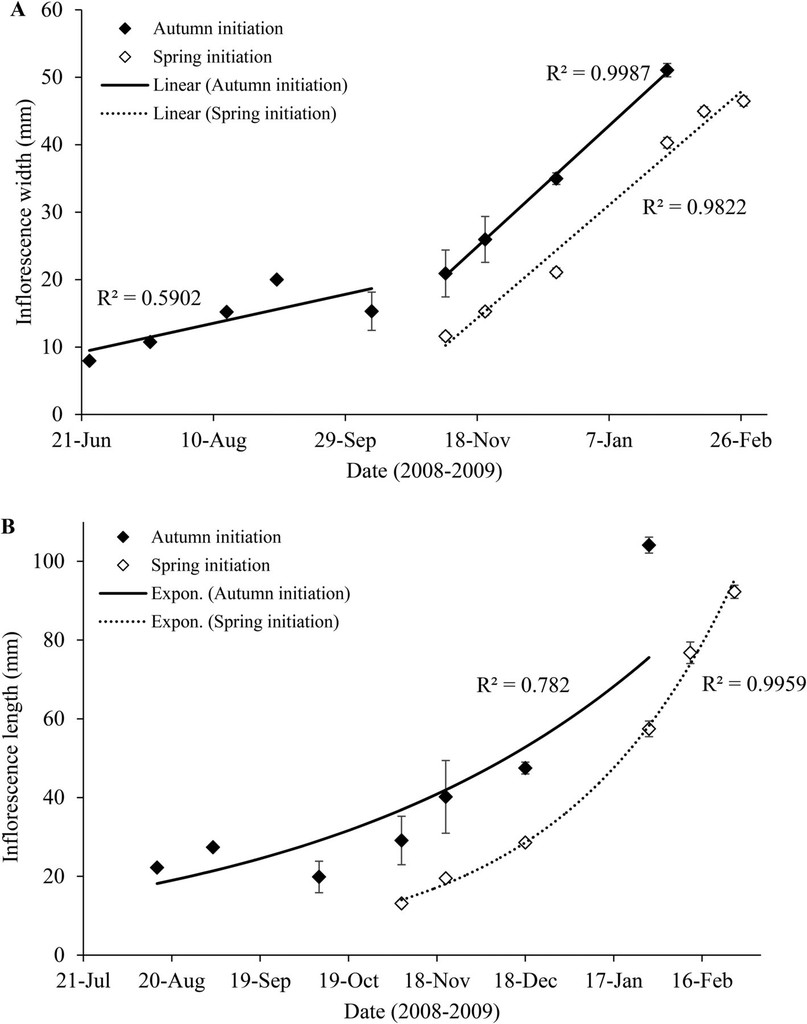 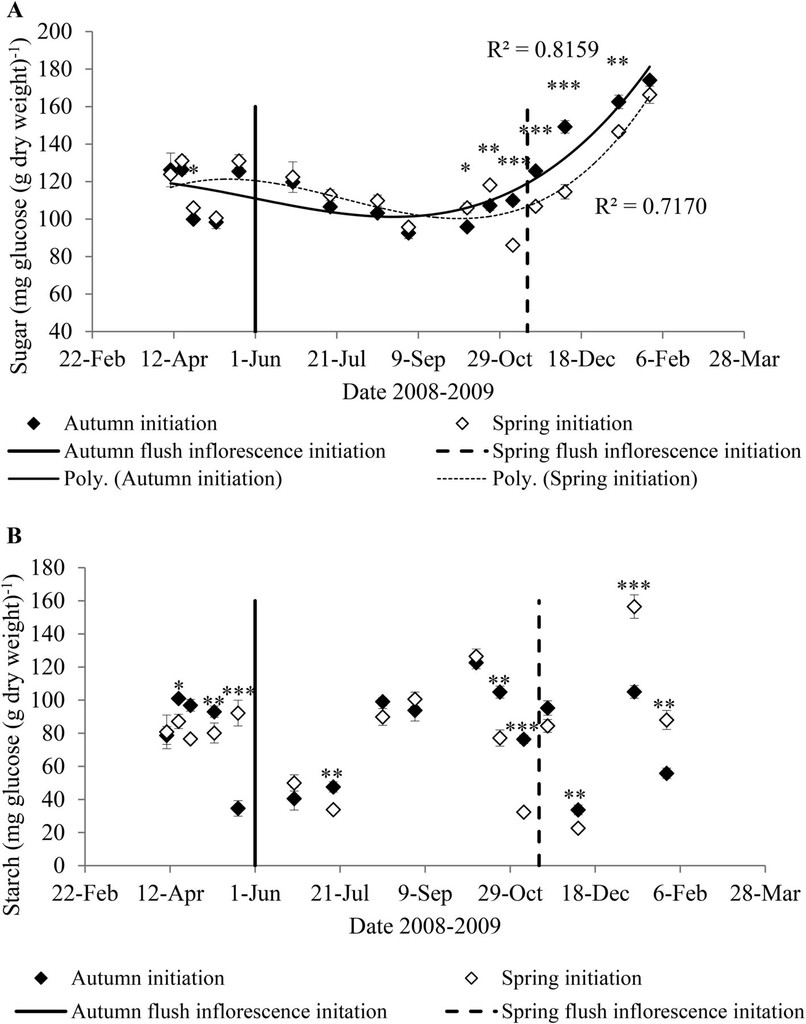 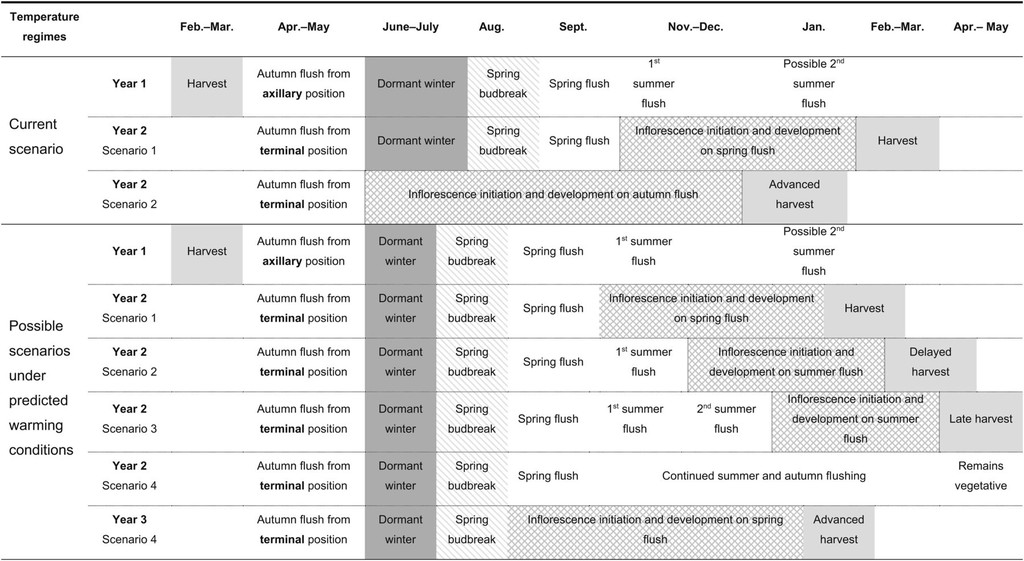 The scheduling of potential Protea ‘Pink Ice’ phenological events during the course of an entire season in an unpruned (annual harvesting cycle) system, either when subjected to the current climate or when exposed to predicted warming scenarios. From March to July the sequence of events is similar for all scenarios, but differences become evident with the onset of spring budbreak and onward. 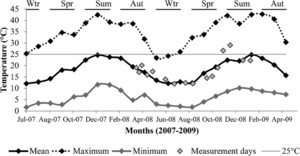 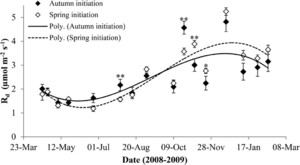 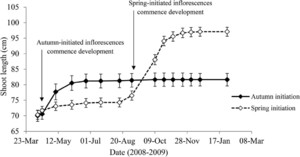 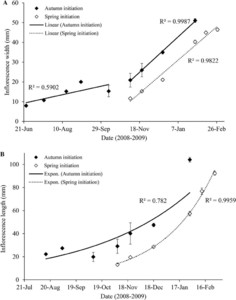 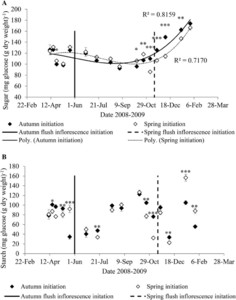 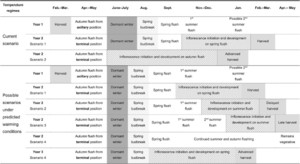