Interspecific and Intergeneric Hybridization in Baptisia and Thermopsis 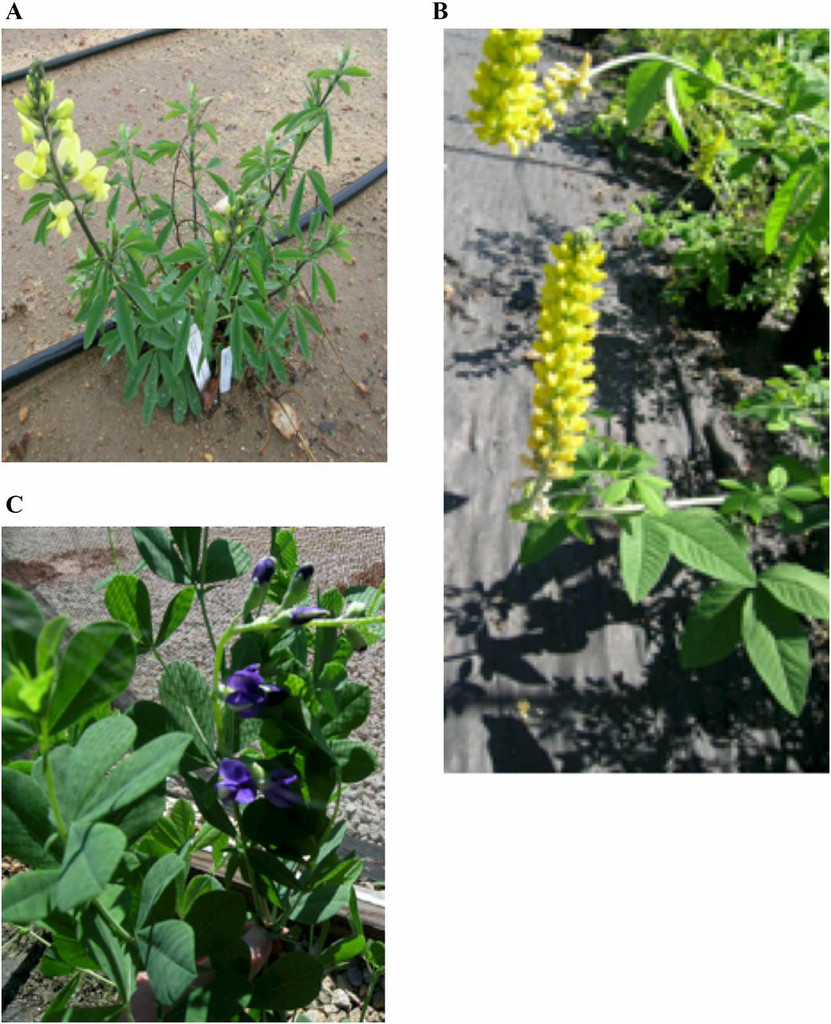 (A) Seedling of T. villosa x B. australis cross with examples of parent species. Note multibranching habit of hybrid, unlike female parent. Inflorescence morphology of hybrid is also different from female parent, with flowers more widely spaced along inflorescence. (B) T. villosa (NC) was obtained from Northcreek Nurseries. (C) B. australis. 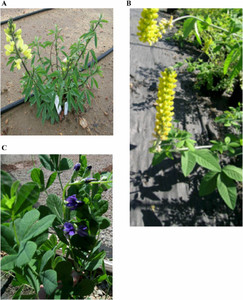