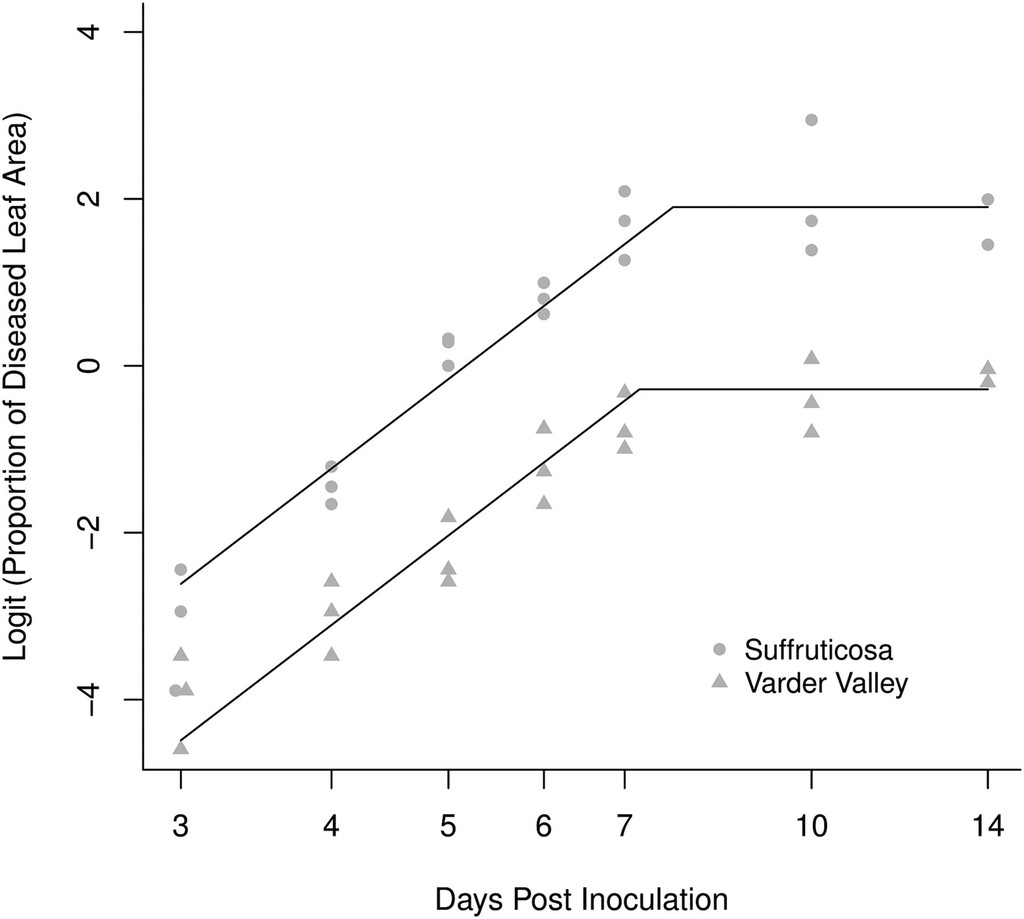 Boxwood blight symptom development on inoculated leaves of Buxus sempervirens ‘Suffruticosa’ and ‘Vardar Valley’, expressed as the logit of the proportion (p) of diseased leaf area measured at 3, 4, 5, 6, 7, 10. and 14 d (depicted on the log scale) post-inoculation (dpi). Individual leaves were inoculated with a 5-μL drop containing 500 conidia. On these scales, the logit (p) over the first 7 d satisfies a linear regression equation with intercepts, but not slopes, differing for the two genotypes, intersecting with means fit to days 7, 10, and 14 dpi. Note that the intersection of these lines occurs near Day 7.

Boxwood blight symptom development on Buxus sempervirens ‘Suffruticosa’ and ‘Vardar Valley’ inoculated with increasing spore concentrations, from 0 to 1000 conidia per 5-μL drop, expressed as (A) percent symptomatic leaves and (B) percent diseased leaf area. Means separation letters (a, b) are given if genotypes differed at that concentration. Data are shown as black points over their range (gray lines). Points that were close together were offset slightly to improve their visibility. 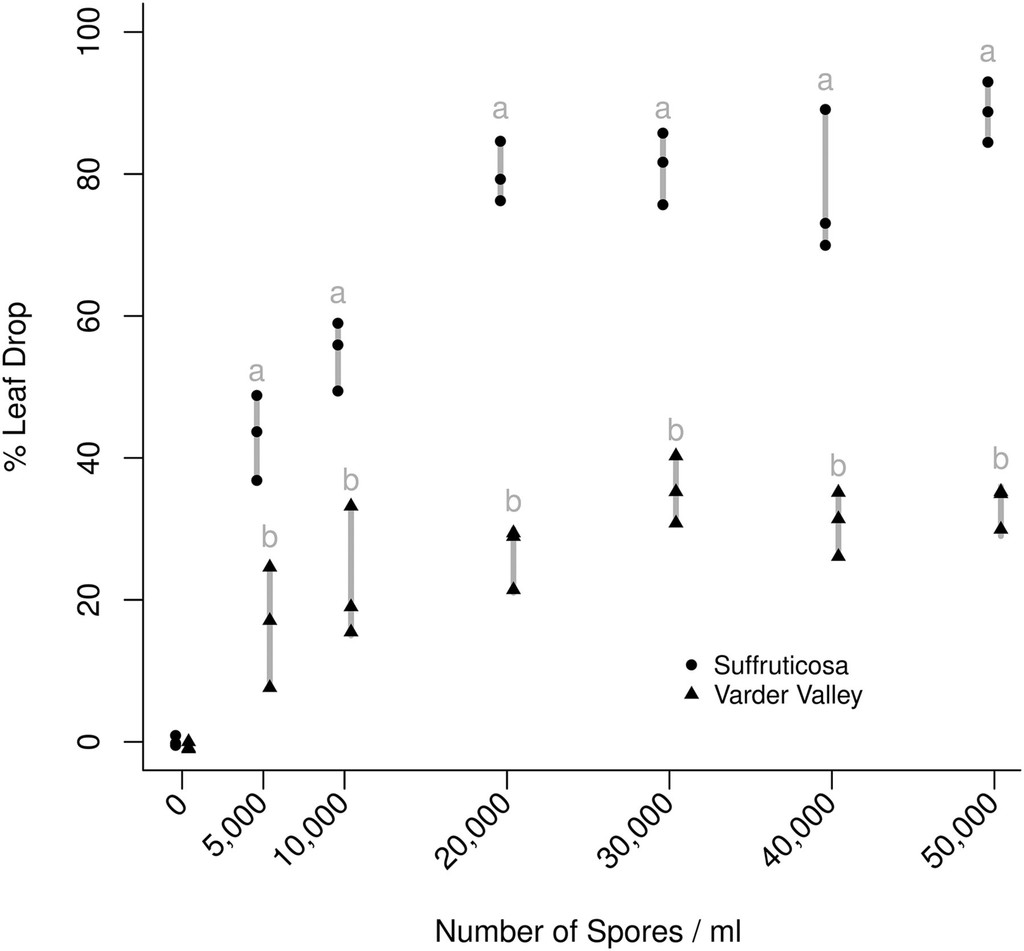 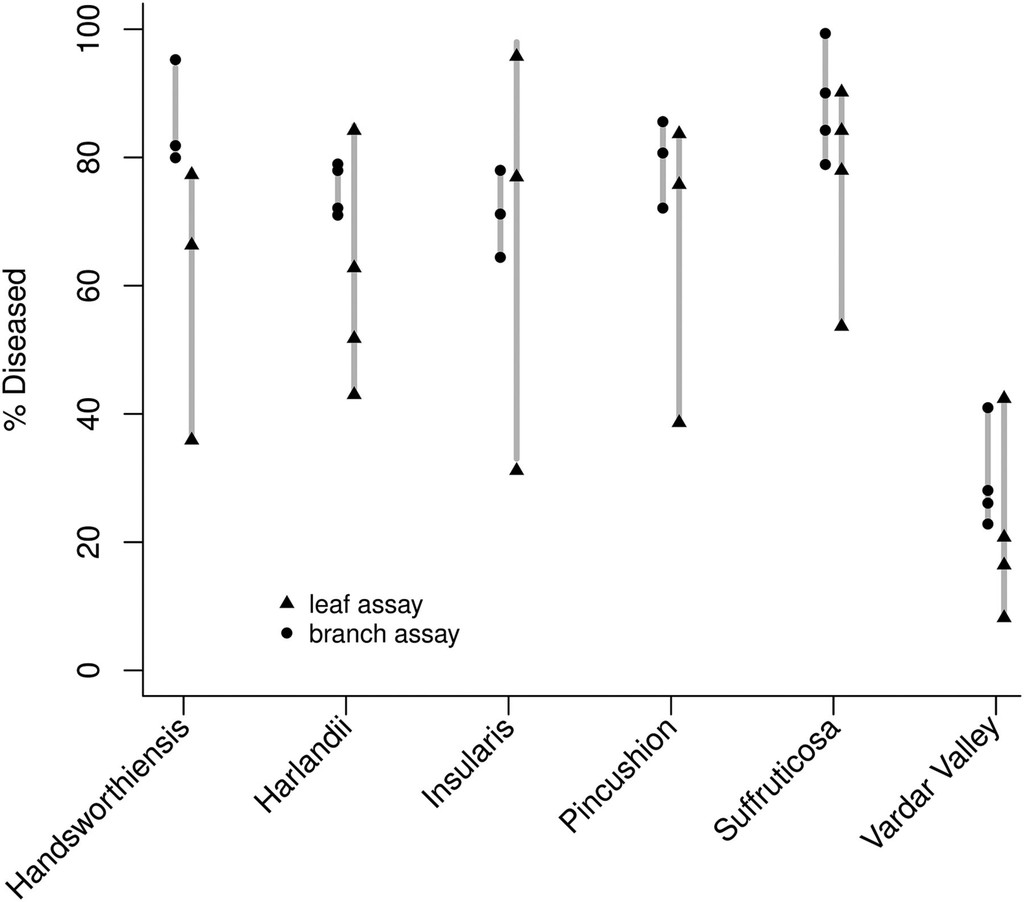 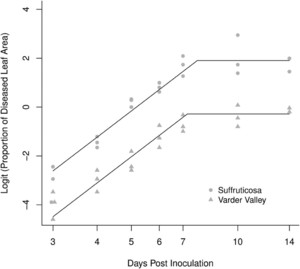 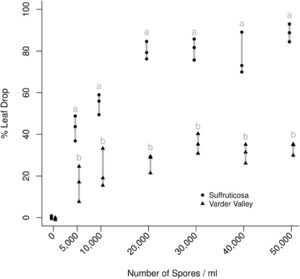 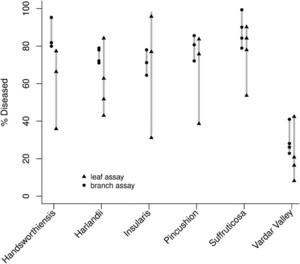