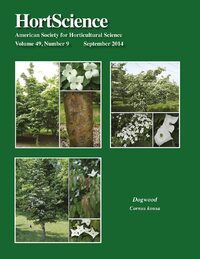 (A) Ambered and (B) non-ambered black walnut kernels. 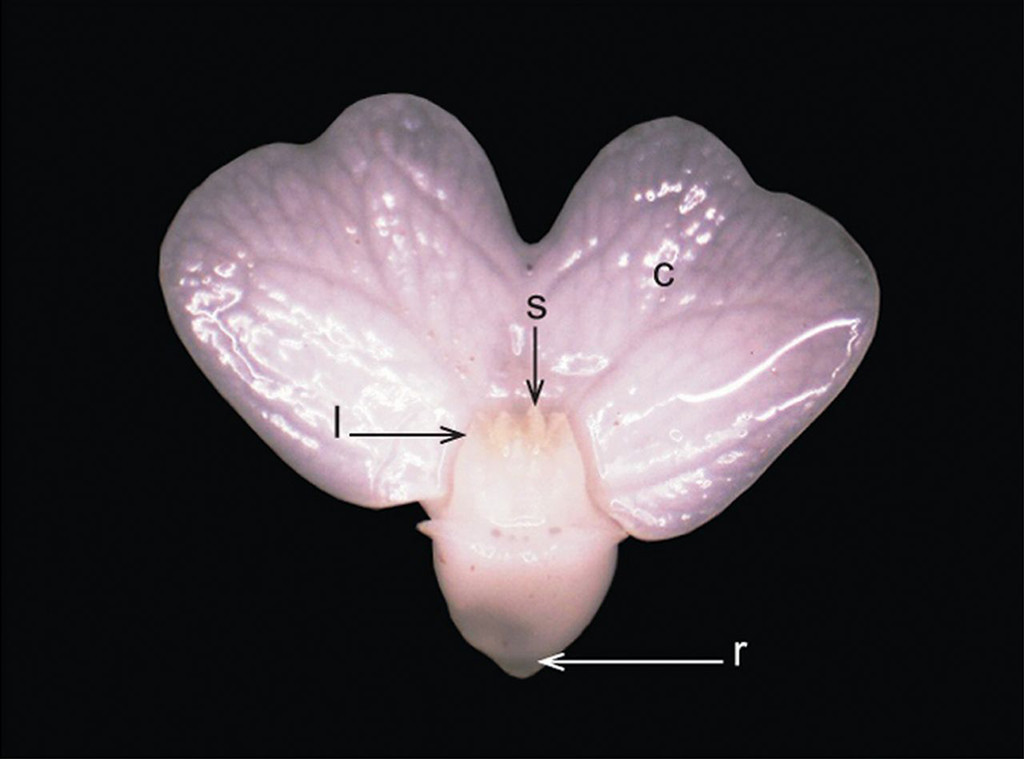 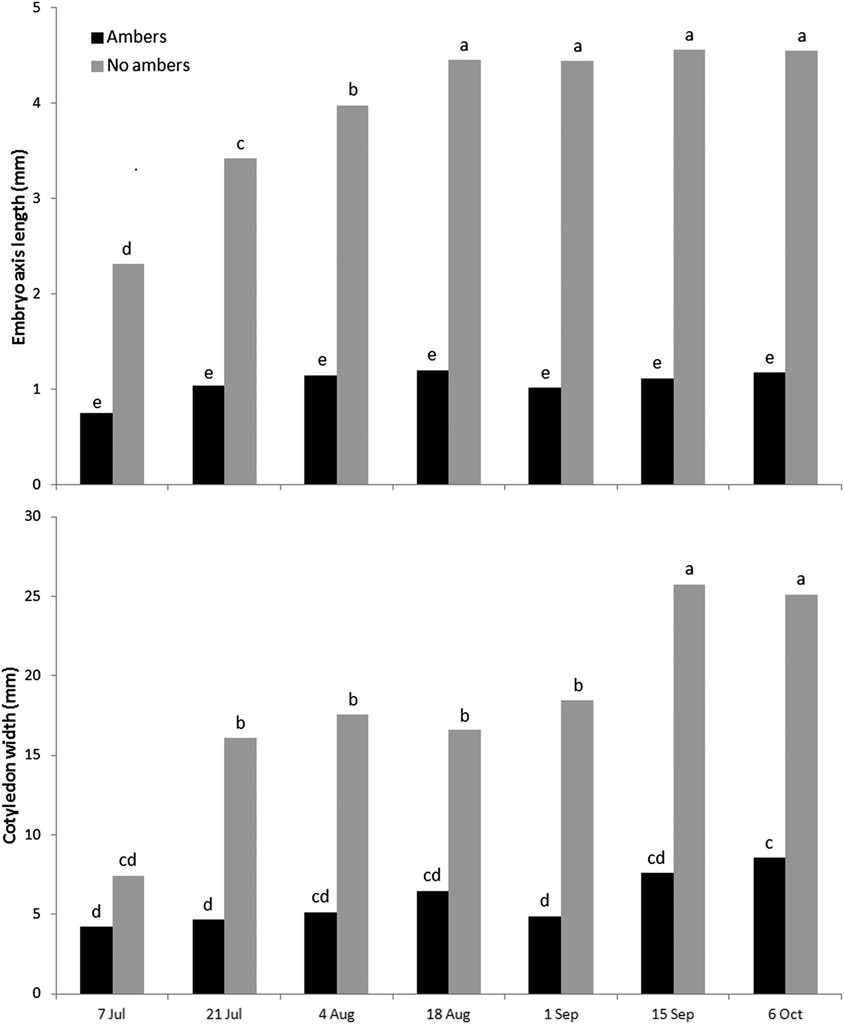 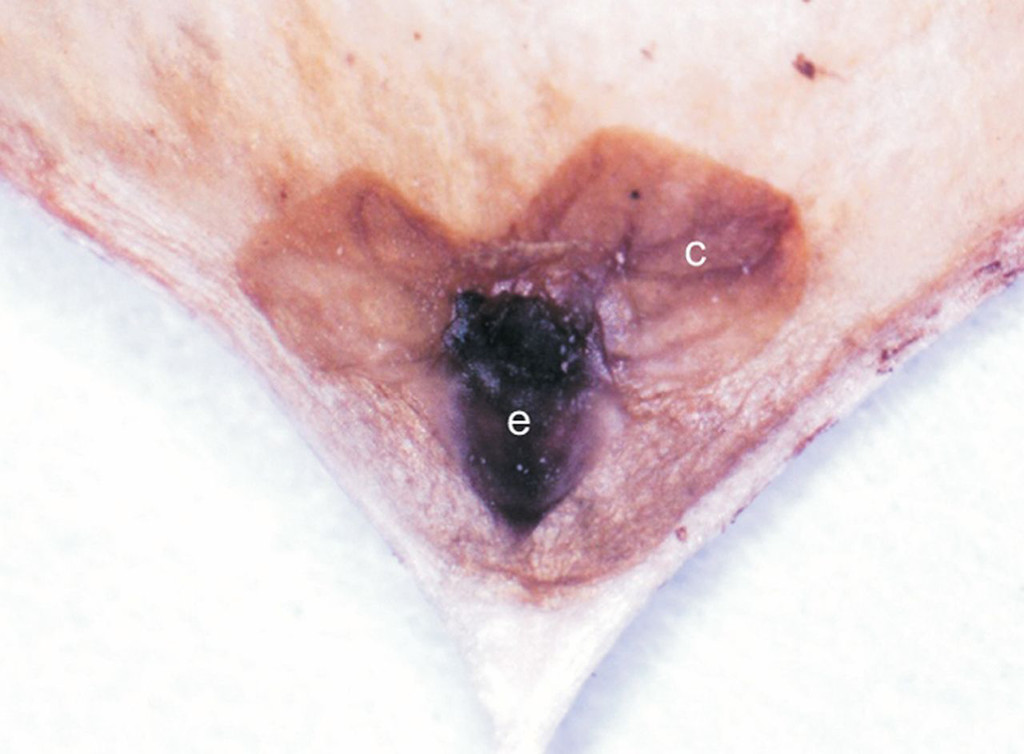 Embryo (e) and cotyledon (c) of an ambered ‘Football’ black walnut kernel sampled on 21 July 2011 from an orchard near Windsor, MO. 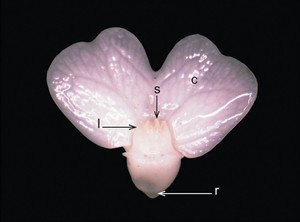 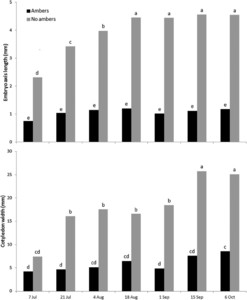 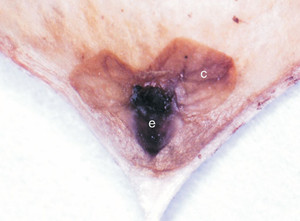