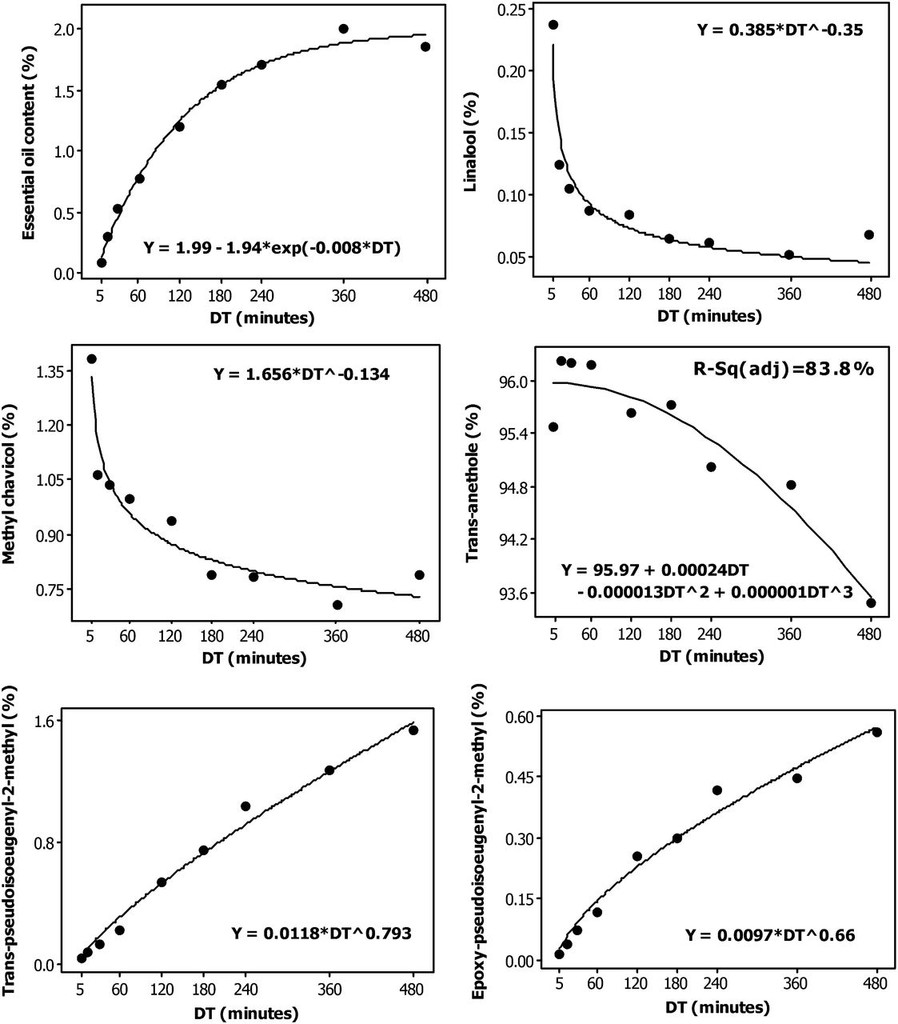 Plot of essential oil content and the concentration of five constituents vs. distillation time (DT) along with the fitted Asymptotic, Power, or third-order polynomial regression models. Equations of the fitted models are shown within each plot. The adjusted coefficient of determination [R2 (adj)] is given for the linear (third-order polynomial) model only. 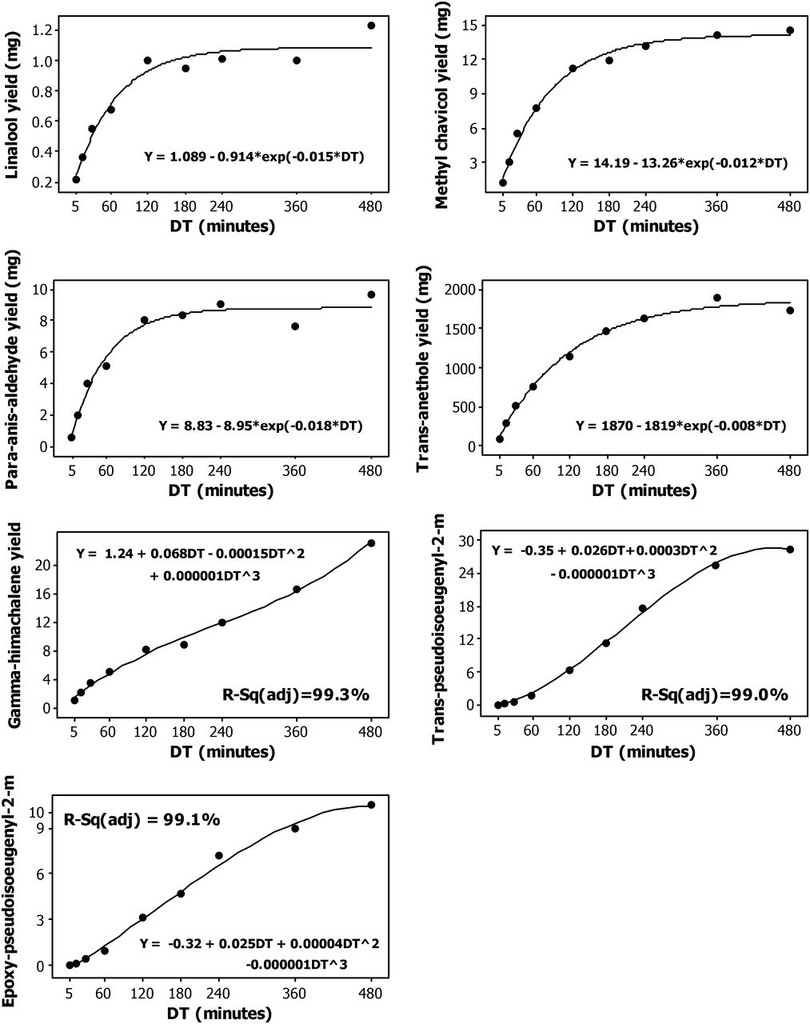 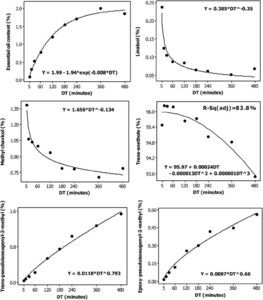 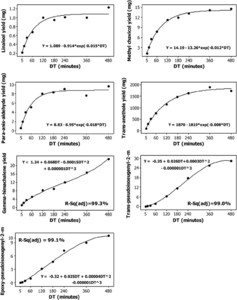