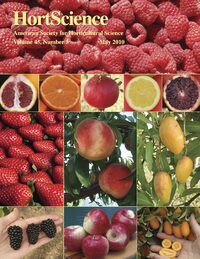 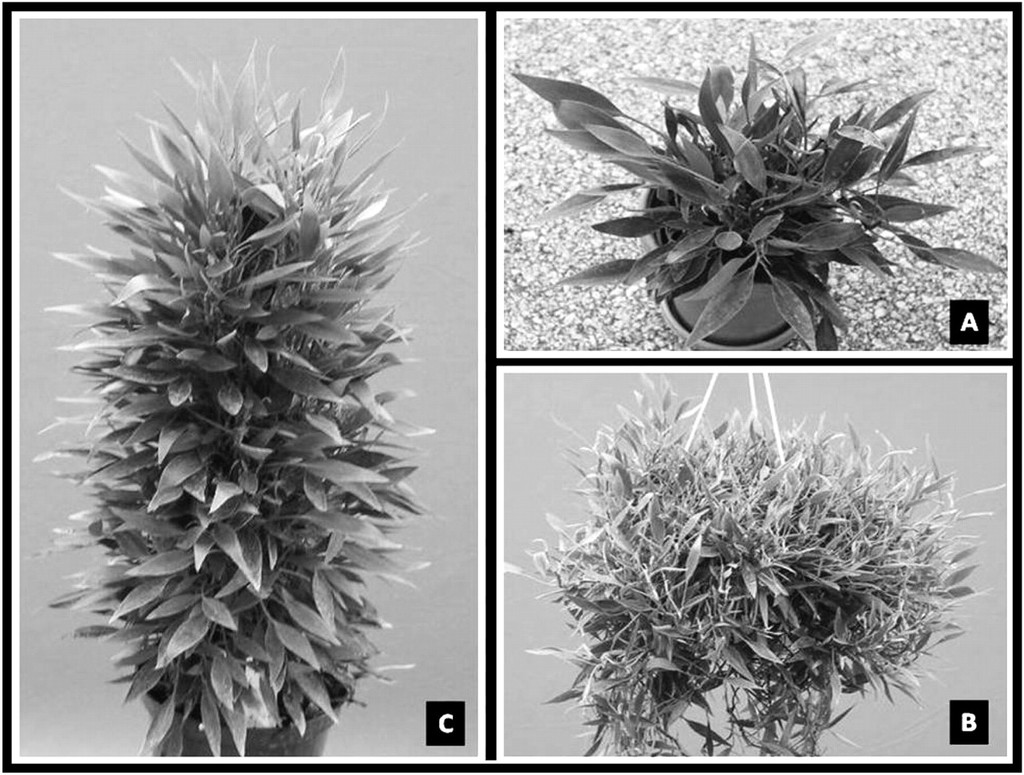 Philodendron scandens subsp. oxycardium ‘Frilly Philly’: (A) grown in a 0.6-L pot for 12 weeks with 15 cuttings per pot; (B) grown as a hanging basket; (C) grown on a totem pole. 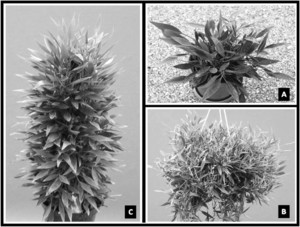