Field-portable Analysis of Anthocyanin Concentration in Sepals of Hydrangea macrophylla 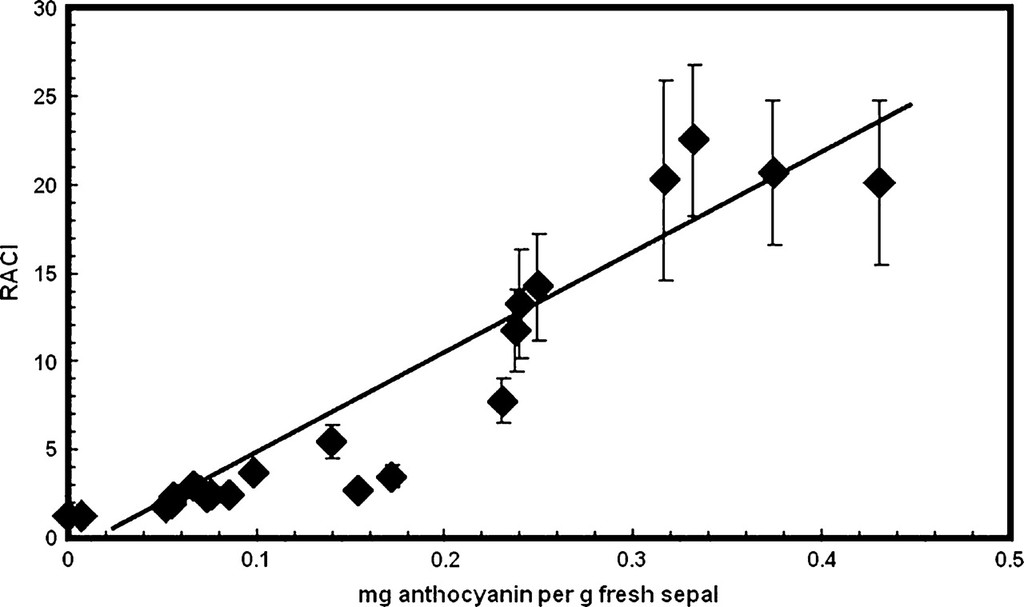 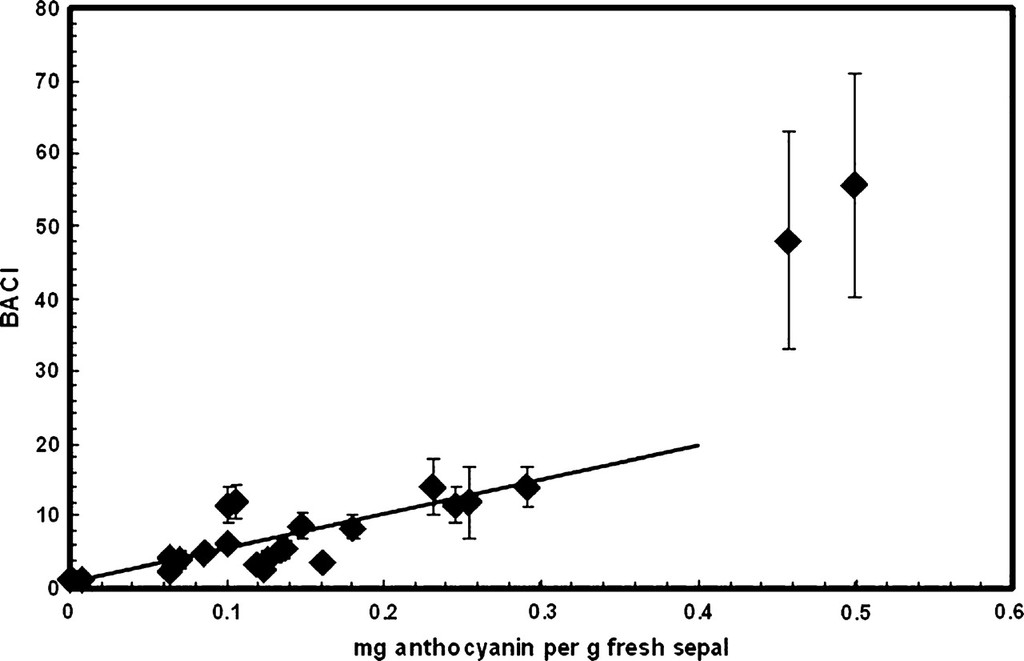 Blue anthocyanin content index (BACI) as a function of extractable anthocyanin concentration (mg of delphinidin-o-glucoside per g of fresh sepal) for the blue sepals of multiple hydrangea cultivars. Linear regression, exclusive of the two data points of highest concentration, resulted in the equation y = 42.7x + 1.1 (r 2 = 0.60). 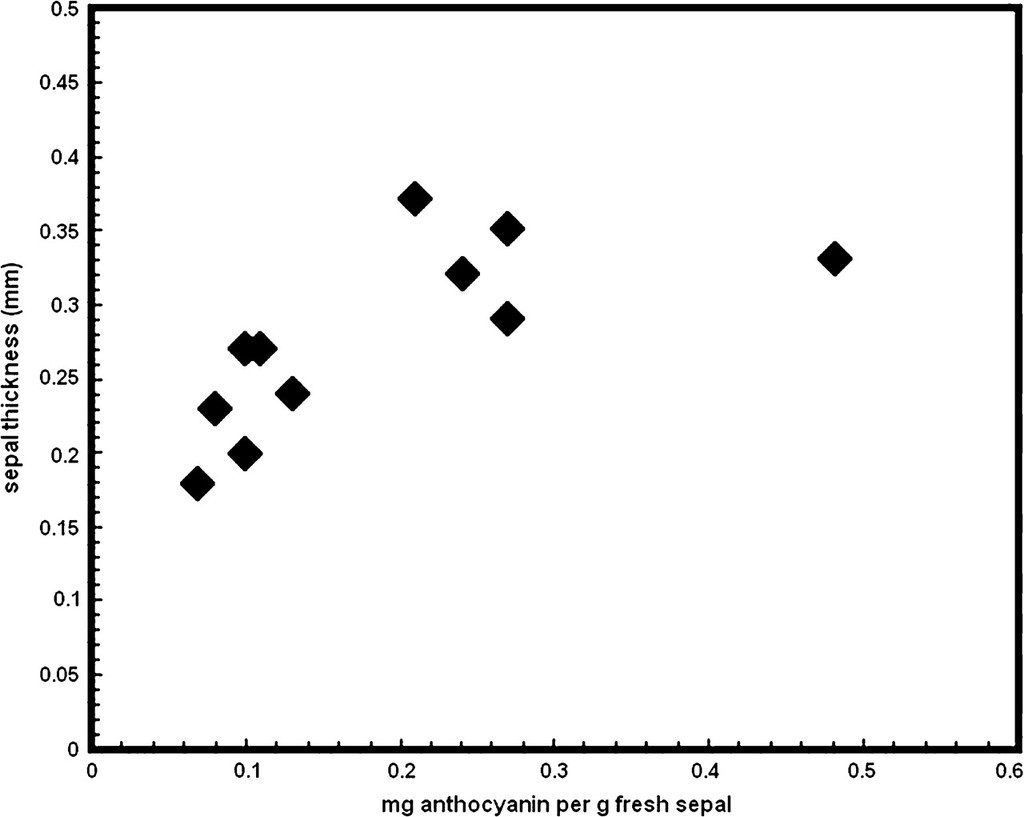 Average sepal thicknesses for several hydrangea cultivars as a function of the average extractable anthocyanin concentration (mg of delphinidin-o-glucoside per g of fresh sepal) for that cultivar. 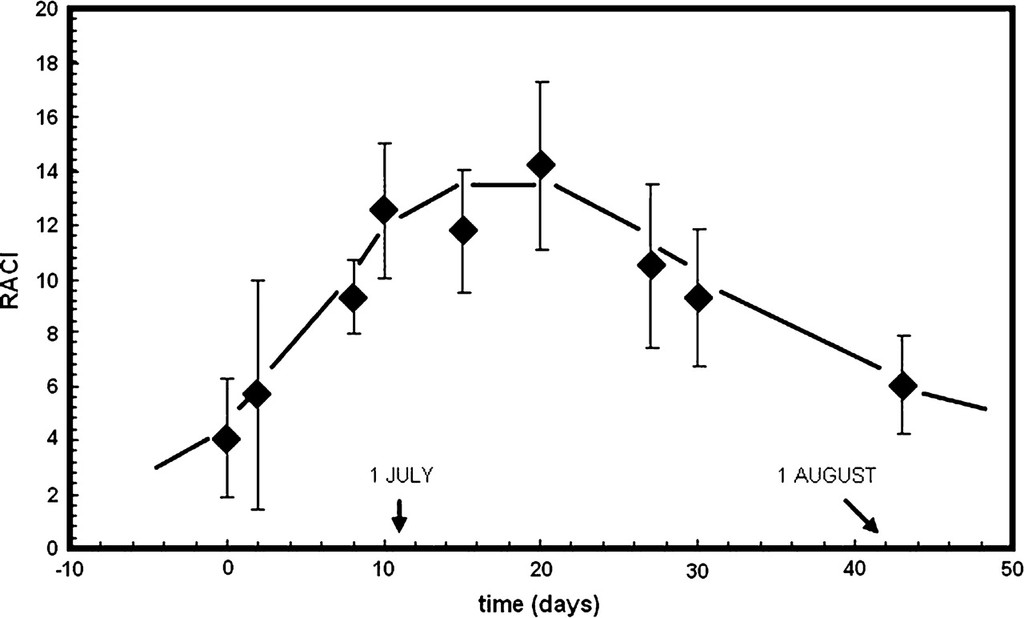 Red anthocyanin content index (RACI) measured with the field-portable meter for the red sepals of a ‘Masja’ inflorescence as a function of bloom time. Measurements were taken during Summer 2006 in the gardens of BackCountry Research. 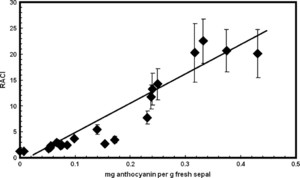 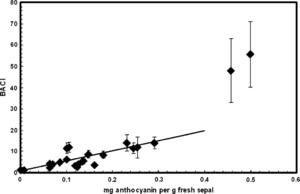 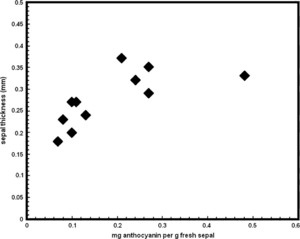 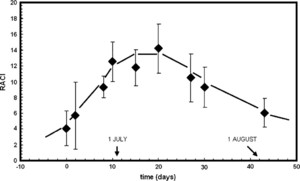